What is Pay Advance? | Blog | PaySauce

What is Pay Advance?

There's been some heat in the media recently about payday lending.

Legal and social conditions in New Zealand are leaving financially unstable people vulnerable to ruthless lending practises. Our national private debt levels are pretty shocking, and there are plenty of Kiwis living week to week. The scary thing is that there's essentially no cap on the amount of interest that a lender can charge. That means that somebody might borrow a couple of hundred bucks to cover an unexpected, urgent expense, and end up paying back their entire week's earnings - or more.

Of course, payday lending is a symptom of a bigger problem. But while we're not in a position to change laws or major economic forces, we can offer employers a way to help.

We've developed a feature called Pay Advance that lets employees access their own earnings before their normal payday. Part of what makes payday loans so risky is that they're often really simple. Some of them can be applied for in a text message. So to be an effective alternative, we had to make Pay Advance just as easy and accessible.

Here's how it works:

This is all done via the PaySauce app, which is free.

The beauty of it is that a Pay Advance isn't a loan. The money drawn down actually belongs to the employee - they've already earned it. We don't charge any interest, and the only cost is a flat $3 charge for each Advance, no matter how big or small. Usually the employee pays that, but the employer can pick up the expense if they're feeling really generous. 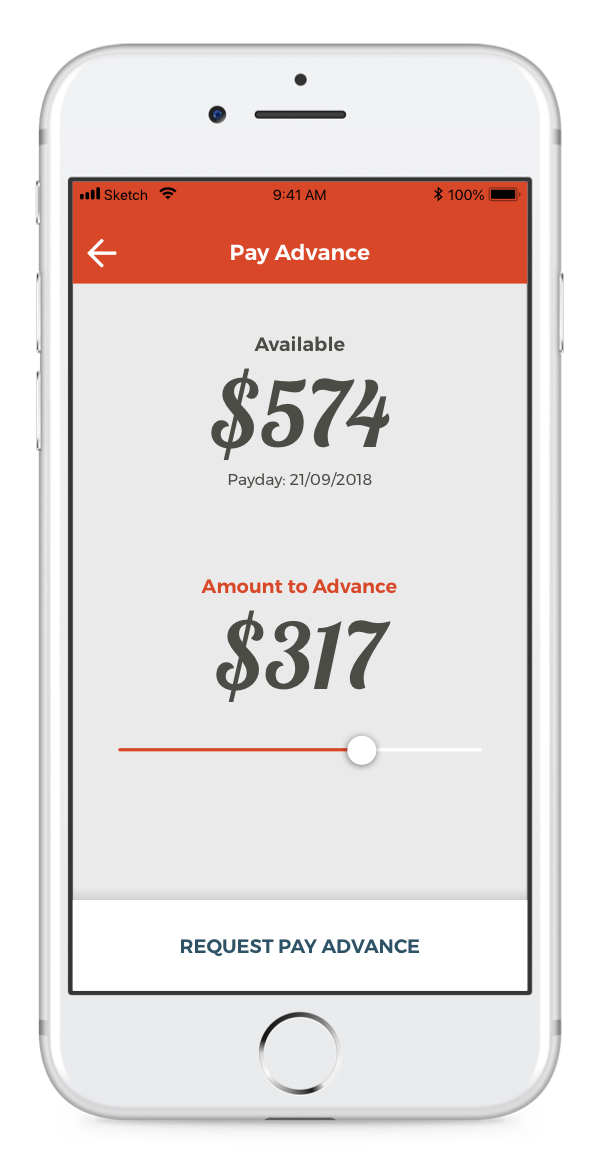 There's action being taken to fix the payday lending problem, which is awesome. On the other hand, we all know legislation doesn't happen overnight. The law moves slow, but technology moves fast. One of PaySauce's big objectives is to make it really easy to be a great boss. We can do something right now to provide a safe, simple alternative to exploitative loan systems. Now it's just up to employers to take advantage of it.