More employees will be able to access earned funds before payday with the expansion of PayNow, a service from employment solutions provider PaySauce supported by Bank of New Zealand (BNZ).

PayNow is a feature within the PaySauce mobile app that allows employees to access funds they’ve already earned, effectively letting them choose their own payday on demand.

Previously piloted during the last 12 months, increasing demand for the service and new functionality that allows companies to select the service for their employees at a “click of a button” will give more New Zealanders access to earned funds before payday

BNZ CEO Dan Huggins says, “PayNow is part of BNZ’s efforts to support New Zealanders and disrupt predatory lending by offering no and low-cost alternatives that help Kiwis avoid extortionate interest rates and stay out of a debt spiral.”

During the 12-month pilot period to February this year, $1.7 million of wages was accessed by more than 500 people with 250 employees using it every month. The average advance was $200. Limits on the number of drawdowns and the percentage of net salary that can be accessed via PayNow helps prevent potential abuse of the system. 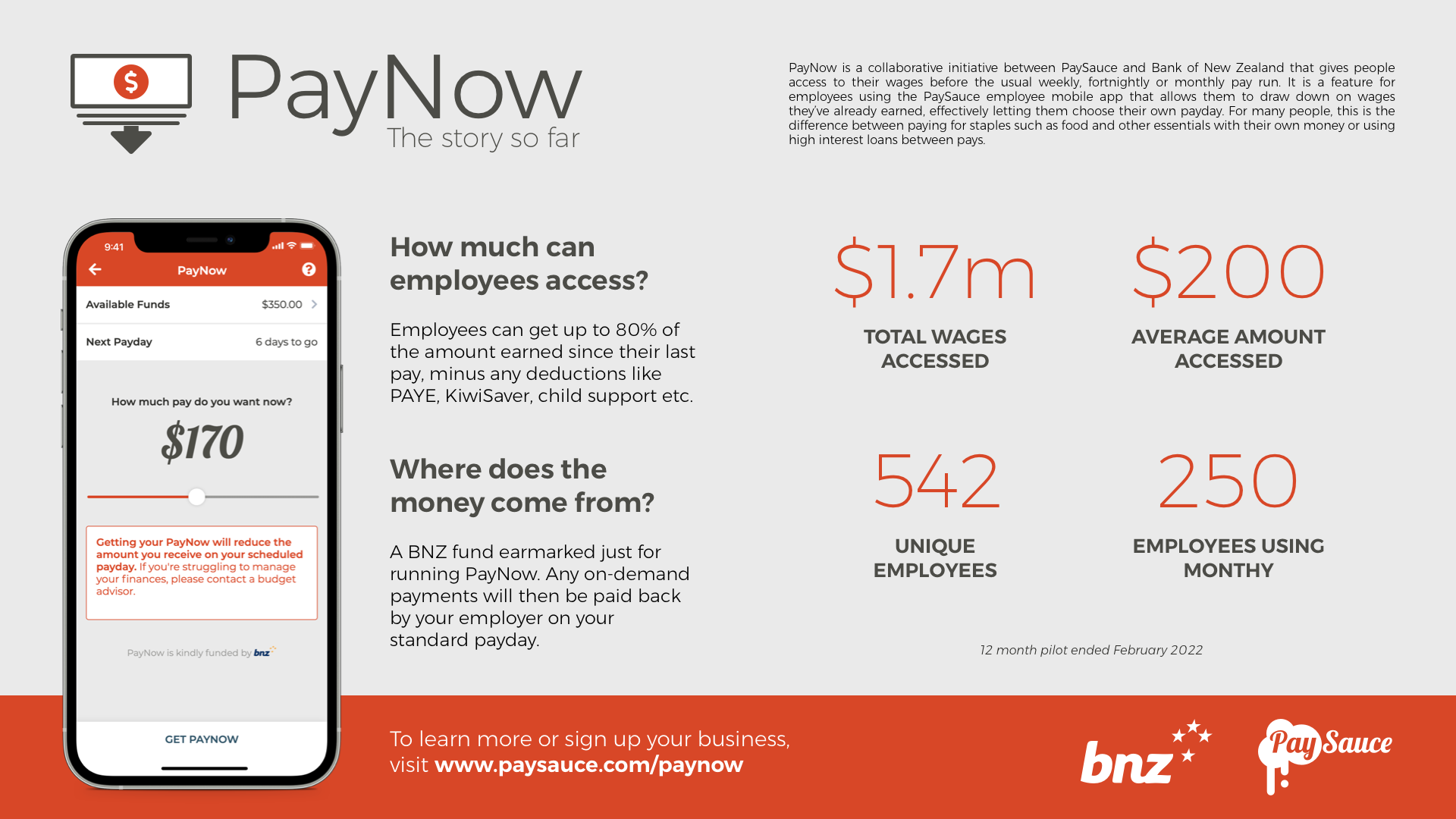 Mr Huggins says BNZ and PaySauce continually monitor the use of PayNow and are intent on developing prompts and further measures to ensure financial support can be accessed by users of the service should they require assistance.

“By partnering with PaySauce we’re able to help more New Zealanders take control of their finances and provide support to vulnerable Kiwis,” he says.

PaySauce CEO Asantha Wijeyeratne says PayNow was a passion project for the team.

“We’re obsessed with reducing friction in the workplace for employers and employees - making life easier through smart technology.  People are accustomed to convenience and freedom as consumers, but payroll still operates on an outdated model. Pay cycles were historically established to minimise admin load on payroll teams due to paper-based systems and time-consuming banking requirements. They’re not relevant to the employee who is earning their wages day by day, and those admin constraints no longer exist,” he says.

Funding from BNZ addresses cash flow challenges for small businesses by covering the advance of accrued wages and taking the financial pressure off employers.

PayNow is part of BNZ’s efforts to disrupt predatory lending in New Zealand that includes Good Loans* and Habitat for Humanity. Through these programmes BNZ has provided around $15 million in support to those who need it. 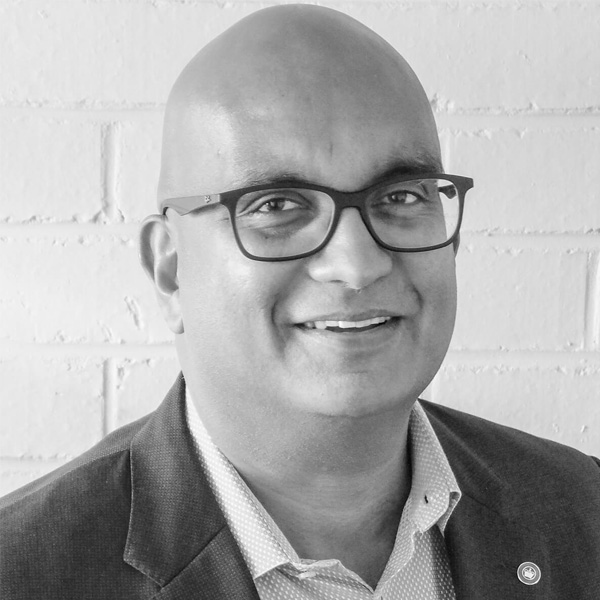